Someone should build that 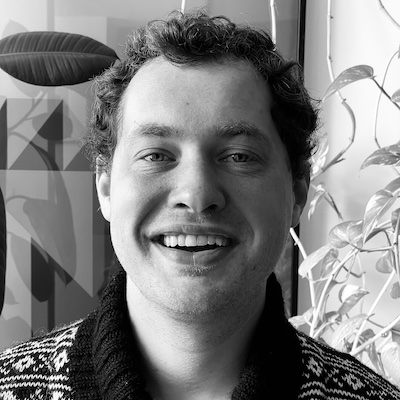 As developers, most of us are sensitive to aspects of our day-to-day that could be improved. Most of the time, there turns out to be an easy way to satisfy that feeling. But, sometimes there isn’t — just a blank spot on the map marked Someone should build that.

Reveal is Itty Bitty Apps doing just that. We were frustrated with the tooling available to iOS developers. We wanted to be able to iterate on designs faster; to collaborate with designers in real time; to peek behind the curtains. This was way back in 2011, just three years after the App Store had opened. Xcode’s View Hierarchy Debugger wouldn’t be included as a feature until 2015.

We were confident it was technically possible to build a tool that would do what we needed. So we built it. In 2013, we released Reveal. It was small, focused and fast. It looked every bit the professional tool that we intended it to be.

Between then and now, Reveal has improved the workflow of thousands of developers, saving years of developer time. We have competitors now (including Apple itself) which we take as both a tremendous compliment, and confirmation that we’re continuing to provide a valuable tool. A tool that — if you ask us — is still the best at what it does.

Over the years we’ve worked hard to keep up with Apple’s ever expanding collection of features, frameworks and devices. From Apple’s introduction of Auto Layout, to app extensions, to support for core animation layers, tvOS and WatchKit — Reveal was there first. With Reveal 28 we added full support for Apple’s powerful new M1-based Macs.

Earlier this week, we released version 29. It has a completely new user interface, designed from the ground up to feel at home on macOS 11 “Big Sur”. We’ve made it right, we’ve made it nice, and we’ve made it fast. You’re going to love it.

It has been almost ten years since we started our journey with Reveal. Since its initial release, Reveal has provided a development opportunity and complimentary career pathway for a number of Itty Bitty Apps team members. Developers with a range of skills and expertise have been invited to contribute to the project and their involvement has been integral to Reveal’s evolution over time.

We love being able to provide a tool that is meaningful and useful to you, our peers in the developer community. Your support is what makes Reveal’s continued development possible. Thank you!

As a third party, building and maintaining developer tooling is almost by definition reactive. We follow Apple’s lead, as closely and as well as we can, in order to make your work easier and more enjoyable.

With SwiftUI, Apple has started down a path that we’re very excited about as developers — and better support for it is definitely on Reveal’s // TODO: list — but we are keenly aware that its declarative nature means that what Reveal is able to show you will be less actionable, and ultimately, less useful.

This realisation made us take a step back from the immediate focus of Reveal, to take stock of the wider landscape we’re in today. It didn’t take long before that old feeling was back.

Someone should build that.