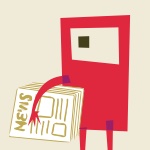 Itty Bitty Apps CEO Sean Woodhouse said that once every five years or so, Apple completely redesigns the visuals of their operating systems, and all apps need a bit of tweaking to adapt to the new platform style.

“In 2020, Apple released a major update to macOS that included a brand new design, so we took the opportunity to rework our user interface (UI) from the ground up. This will impact the way Reveal looks and runs on macOS 11. We were able to simplify and streamline the UI to improve responsiveness and optimise core workflows.”

This release follows v28 which focussed on providing full native support for Apple’s speedy new M1-based Macs. These new machines are significantly faster for most tasks than previous generations and Reveal has been optimised to take advantage of these performance gains. You can read more about the release here.

Thousands of professional iOS developers around the world use Reveal. In fact, it’s the most used iOS debugging application after Apple’s own proprietary tools such as Xcode and Instruments[1].

Woodhouse said, “We’re thrilled that Reveal continues to be one of the go-to tools for professional iOS developers. It’s so highly regarded within the community I’ve literally had developers come up and hug me at the Apple Worldwide Developer Conference (WWDC) for all the time and pain Reveal has saved them.

And with new developers flocking to the platform each year, keeping Reveal and its powerful feature set front-of-mind is a priority for us.”

Many developers only scratch the surface of Reveal’s capabilities and so for this release, the company has partnered with Ray Wenderlich to create a series of tutorials that demonstrate real world applications of the tool and how to get the most out of it. Further development of Reveal is also underway to bring powerful debugging capabilities to other aspects of iOS development.

“The future of Reveal is bright; and we’ve got some exciting things in the pipeline that we can’t wait to share with the rest of the iOS developer community later in the year,” concluded Woodhouse.

Founded in 2009, Itty Bitty Apps is a mobile consulting and product development company based in Melbourne, Australia. We have worked with brands such as SEEK, Sensis, AGL and ANZ to bring category-leading mobile applications to market using agile development practices. We are passionate about great software engineering, user experience and design.