Is iOS-first development the right strategy? 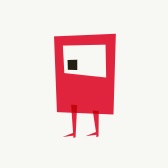 Within the application development community in Australia there has been a long held belief that the majority of mobile users in Australia are using iOS. Many clients will typically focus on an iOS version of their application based on this assumption. This results in much of the design and testing effort disproportionally favouring iOS over Android. The common refrain goes “Our users will be mostly on iOS so let’s focus on them.” Surprisingly this might not actually be the case.

What do the numbers say?

From the graph it is obvious that Android has been consistently capturing a larger percentage of new phone sales. In fact the only time that iOS has outsold Android in the last 4 years has been for a two month period when the iPhone 6 was release in 2014.

The above data is looking just at Australia, however these sort of numbers can be compared to other western markets such as the US or UK. The difference between iOS and Android is even more pronounced in some parts of the world. For example Spain’s sales are heavily dominated by Android smartphones.

What does this mean?

From the market share data alone we cannot reach any strong conclusions relating to primary platform selection. However luckily we also have some data around the number of downloads and revenue for each platform.

Taking these three graphs together we start to see a more complete picture. There is a larger number of Android devices. Which leads to a larger number of App downloads on Android. However users in the iOS ecosystem are more willing to spend money through the App store.

The ideal for developing a new Application is to develop for both platforms at once, and releasing simultaneously. However if you have limited budget, or want to roll out more slowly we can reach a rudimentary strategy based on these graphs:

Is an iOS first development strategy right for your app?

That’s where specific research and industry knowledge comes into play. Each application and organisation is different and needs the love and attention of professional research and planning. Coarse statistics like those shown in the graphs above can be useful for general trends but it is the more specific data where the true insights can be found. Always do your research!